Samsung makes a ton of UHD (ultra-high-definition) TVs, and the company brands them differently to differentiate their place in the market.

At the most basic level, you’ve the standard ‘UHD 4K TV’ range, which is made up mostly by the NU7000 and RU7000 models. Then there’s the loosely categorised ‘premium’ UHD TV, which can be anything from better specced RU7000 models to the RU8000 series to even the top-end QLED TVs.

And right at the top of the pile, we’ve the QLED TV. Stuffed with the latest hardware innovations and software features that Samsung’s TV department can come up with, this is the only line to pay attention to if you want to get the best Samsung TV.

But even within the QLED TV range there’s a split. And it happened earlier this year when the Korean company released a slew of 8K models. For Samsung, there’s no such thing as standard 8K UHD TVs — the new models are all QLED branded because they, like the QLED 4K models, use quantum dots to get a vastly improved picture quality that’s otherwise not possible with typical LCD-LED tech. I’ve written about what’s so special with these tiny semiconductor particles before, so check it out if you need a crash course: 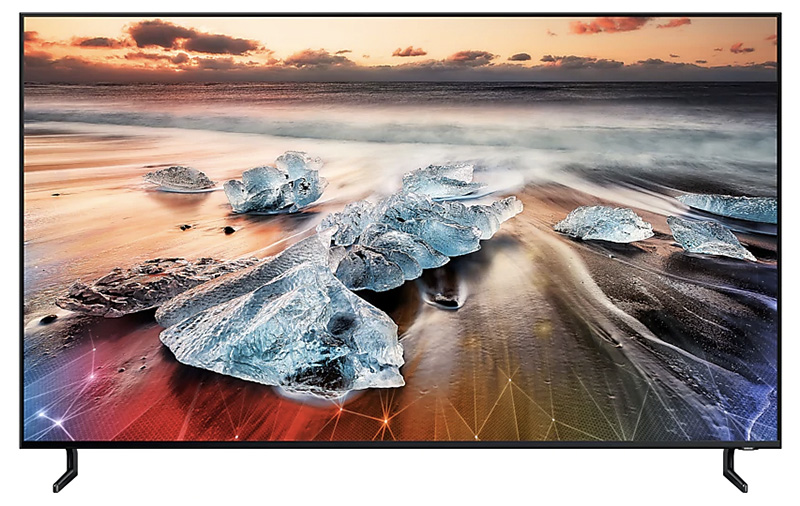 The Q900R 8K QLED TV is the most premium TV that Samsung offers right now. Announced earlier this year at CES, you can get it in five screen sizes in Singapore: 55-inch, 65-inch, 75-inch, 82-inch and 98-inch.

The one that I’ve tested is the 75-inch model (QA75Q900RBKXXS), chosen because that’s the size that best fits my viewing habits and testing requirements. Having tested numerous TVs at HardwareZone for several years now, I believe that to truly enjoy the depth and resolution offered by an 8K TV, it’s best that you invest in a screen size larger than 55 or even 65 inches — the additional pixels will basically ensure that the picture remains sharp when you up the screen size. If you’re wondering what else you must know when buying an 8K TV today, here’s another article:

Like how a 32-megapixel photo will look better than an 8MP photo because it’s able to show more details, the whole point of the Q900R is to up the realism notch to another level. Now, TV manufacturers have been using the term ‘true to life’ to describe their TVs since the Full HD 1080p days, but remember, the other half of the realism equation is size. At a viewing distance of 3 metres, 4K resolution on a 100-inch TV only looks passable to me because the details are lacking on such a big screen. And 8K content on a 55-inch TV is simply a mismatch. But 8K on a really big TV (say, 75-inch and up) — now that’s what I call true to life.

But putting an 8K image on a 8K screen is no easy task, and is without doubt even harder if the content isn’t 8K to start with. I’ve written about the component upgrades and new features that you’ll find on Samsung’s 8K QLED TVs, but if you haven’t read that yet, here’s a summary of the key points:

Samsung’s 8K QLED TVs come with something called 8K Quantum Processor. This is the chip responsible for processing the picture, including upscaling of non-8K content (yes, even standard-def) to near-8K quality.

According to Samsung, its 8K Quantum Processor uses machine learning to analyse the incoming signals and convert them to the optimal resolution in real time. And it doesn’t just stretch the picture to fit the 8K resolution — instead, the processor draws from a large onboard database derived from millions of content to classify aspects of a scene (e.g., textures, edges) so that it can upscale different parts of the image in the best possible way. 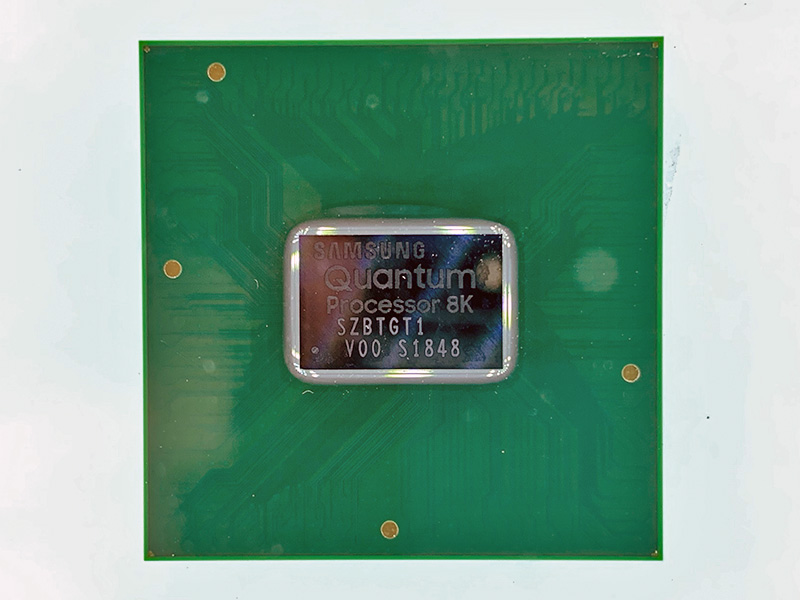 At this early stage of 8K, the best 8K TV will be the one that upscales non-8K content better.

The 8K Quantum Processor is also used for sound processing. Like how it treats video, audio in each screen is analysed and optimised to flesh out more details and enhance realism. For instance, dialogues are given more focus for news and TV shows, while background noises are emphasised for sports programmings.

All the 8K QLED TVs support direct full-array local dimming (FALD), which means LEDs are placed directly behind the screen (instead of to the sides pointing at an angle) to light up the picture. In my experience, the best FALD implementation always trumps the best edge-lit method, so being the cream of the crop in the whole lineup, it’s no surprise that all the 8K QLED TVs support FALD.

For what it’s worth, this feature on the Q900R is called ‘Direct Full Array 16X’, with the 16X being a loose description of the control finesse, which is typically determined by the algorithm and number of backlight zones. To give you an idea, the Q90R 4K QLED TV also touts this same Direct Full Array 16X but the Q75R only has Direct Fully Array 4X. 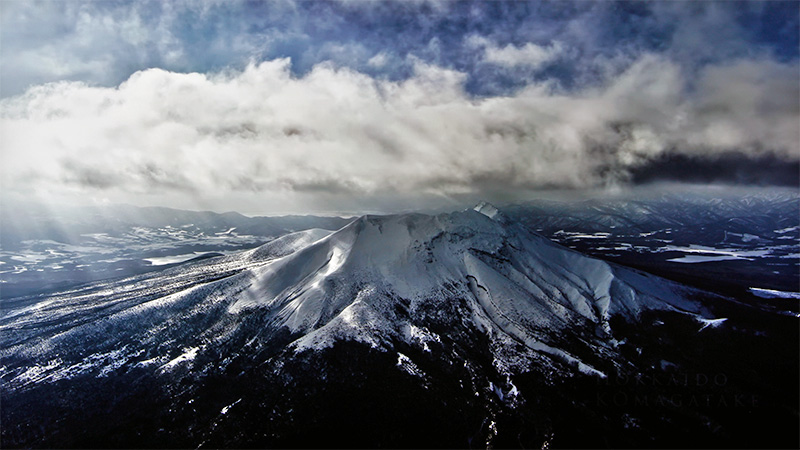 The Q900’s increased resolution, exceptional brightness, wide dynamic range and great sense of depth all work together to bring the realism level up another notch. (Video: Japan in 8K 60fps by Armadas.)

Another big feature of the Q900R is ‘Quantum HDR 4000’. To break it down, what Samsung is trying to say is that this quantum dot-enhanced TV is able to offer exceptional HDR picture quality with a peak brightness of 4,000 nits. For comparison, the Q90R 4K QLED TV only boasts peak brightness of 2,000 nits.

On paper, the Q900R is going to be brighter than the Q90R, which can only be good news if you watch a lot of HDR content and want the highlights to be rendered as close as possible to its real-world brightness (true to life, remember?).

The Q900R continues to use Samsung’s VA panels. For the uninitiated, one of my main gripes with previous VA-type LCD TVs from the company is their limited viewing angles. This is mostly solved by the new ‘Ultra Viewing Angle’ tech that’s on the Q900R and some of Samsung’s other 2019 QLED TVs. In a nutshell, Samsung has added another layer to the LCD ‘sandwich’ to better direct the backlight to the individual pixels.

6.) One Invisible Connection, One Connect Box, One Master Remote

The Q900R inherits many features we saw from past QLED TVs, including One Invisible Connection, the thin translucent optical cable that carries both A/V signals and power from the One Connect Box (which is the external box you connect your various devices to) to the TV. In addition to reducing the number of cables that snake out from the back of the TV to just one, the One Connect Box gives you the flexibility to place your TV away from your A/V rack or power socket.

There’s also One Master Remote, which allows you to navigate the TV, search content and control multiple peripherals in your A/V setup (e.g., set-top boxes, game consoles, speakers) with just one remote control. Whenever you hook up a new device, the TV will attempt to detect, connect and label it automatically. If you use Samsung SmartThings, you can also use this remote to control your smart home gadgets. 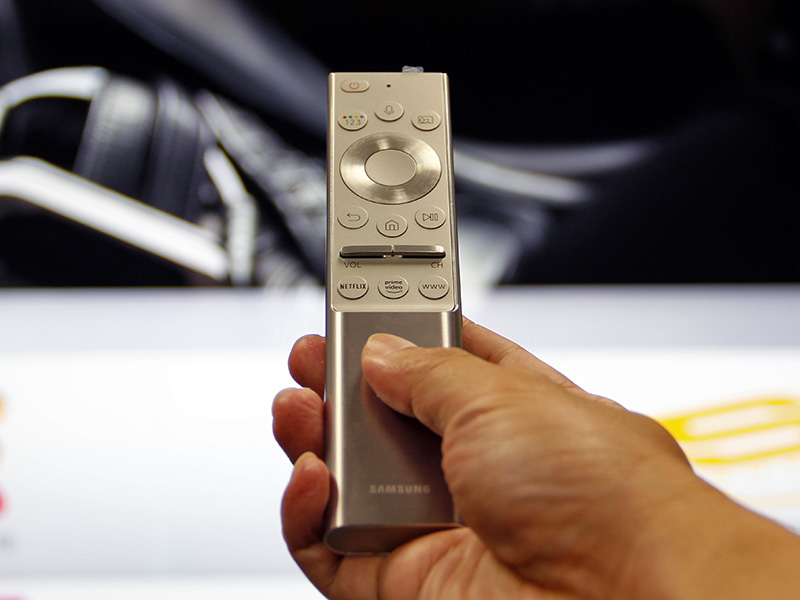 In an ideal scenario, you can use the same One Master Remote to control all your devices. The TV is able to automatically detect and label the devices for easy identification.

The One Connect box has four HDMI ports but only one of them (port #4) supports HDMI 2.1. Through this HDMI 2.1 port, the TV is able to do 8K at 60 fps and 4K at 120 fps. This is a futureproofing spec, because HDMI 2.1 sources aren’t available in market yet. 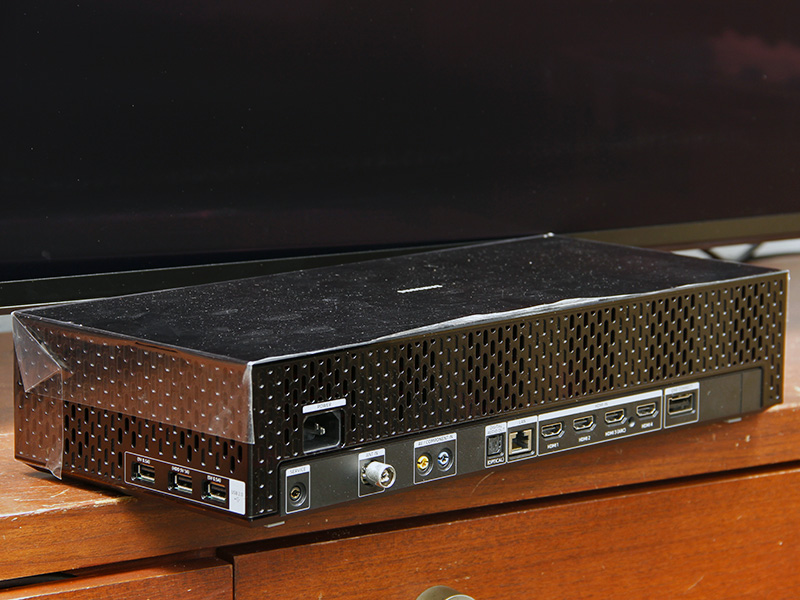 The One Connect box is big, but the benefit is you won’t have cables snaking out the back of the TV. And if your A/V rack is across the room, you can put the box there and just run one cable to the TV.

Since May, all 2019 Samsung smart TVs sold here have the new Apple TV app and support AirPlay 2.

This Apple TV app enables you to access your existing iTunes library as well as buy or rent new movies and TV shows. The app will also integrate with Samsung’s smart TV services, such as the new Bixby on TV and search.

Samsung smart TV users will be able to enjoy the Apple TV+ original video subscription service through this app. At the moment, Samsung TVs are the only TVs to have this new Apple TV app; the newest TVs from the other brands are expected to get this app sometime in the future, but no firm dates are announced yet.

AirPlay 2 is a feature that lets you easily and quickly share videos, photos and music from your Apple devices to the TV. That’s a big plus you won’t be needing a separate Apple TV box to enable this functionality. 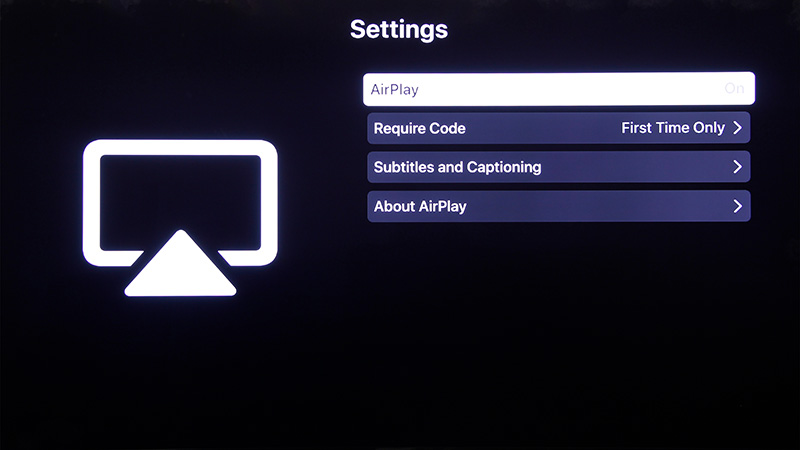 Other than the Apple TV app, the Q900R supports AirPlay 2 to let you quickly share content on your iOS devices to the big screen.

Last but not least, there’s Magic Screen, which is a feature that lets you set the screen’s background to something else when you aren’t using it. There are built-in patterns and photos of artwork to choose from, but you can also use your own photos — such as a photo of your wall to make it look like the TV blends in with its surroundings. You can overlay it with info like date and time, too. 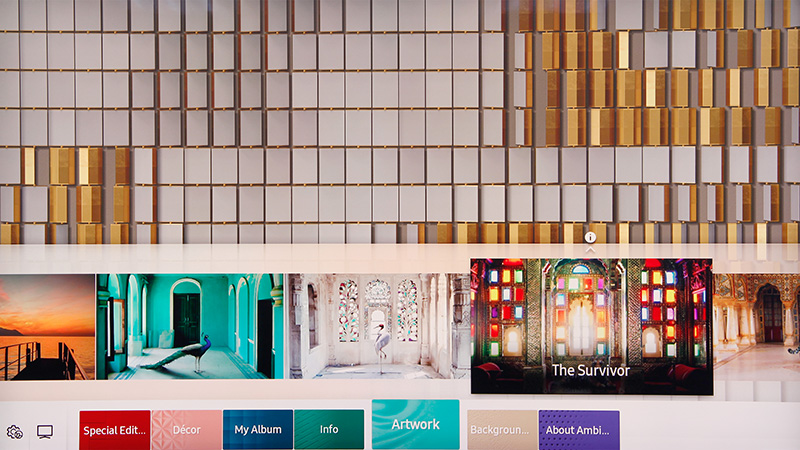 Magic Screen lets you use the TV to decorate your wall when you are not watching any shows.